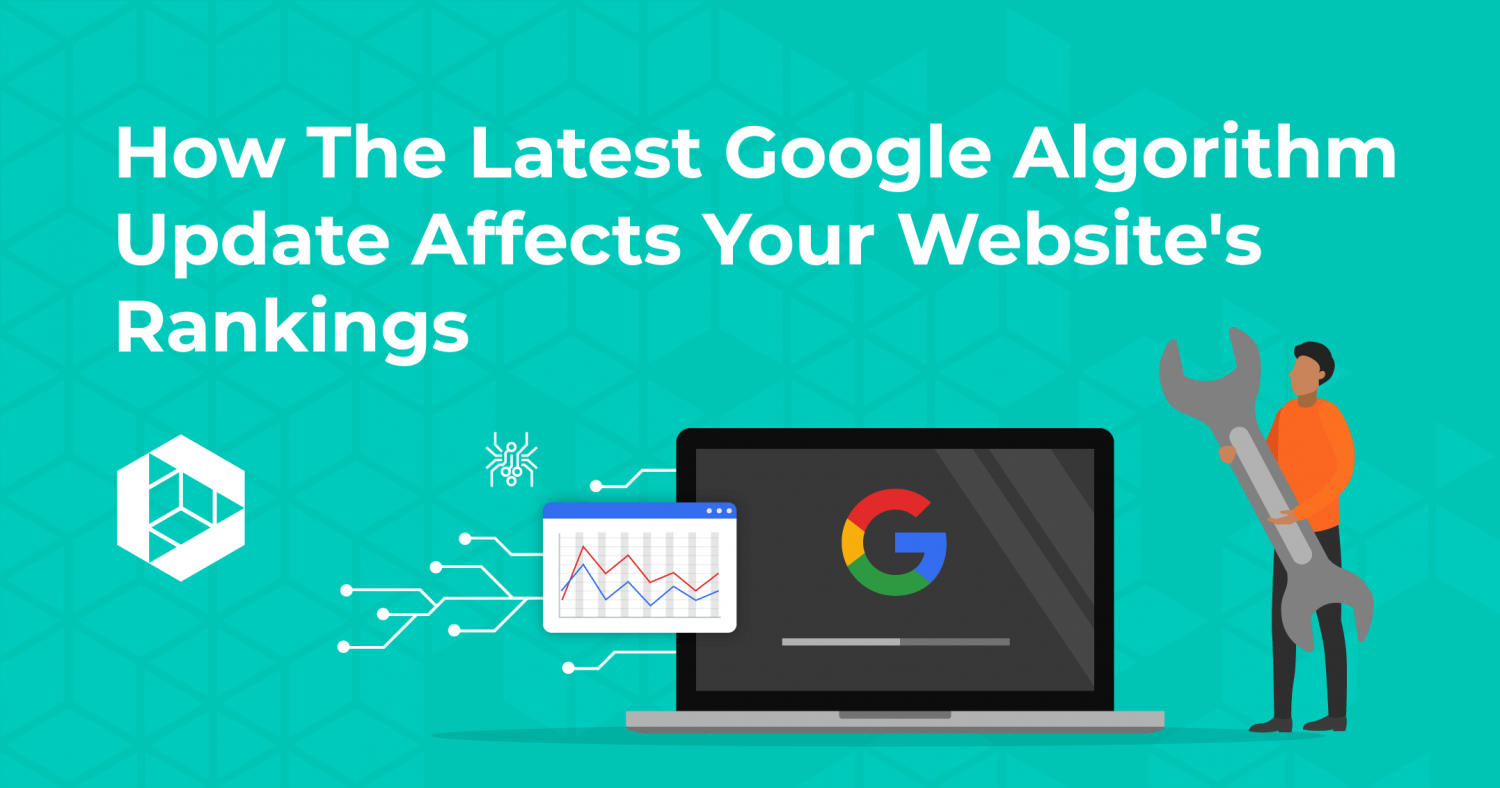 We’re almost certain that Google derives some sort of grim pleasure from the panic that sweeps through the SEO community when they announce an algorithm change. Historically, a Google algorithm update has wiped some websites off the map, so a degree of concern may be well-founded.

However, it’s not always an awful thing when changes are made, especially when you consider that the sole aim of Google is to provide the best quality results for their customers i.e., you and me.

Perhaps if we better understand what these algorithm updates are and why they are frequently rolled out we can better optimise our sites to accommodate them.

What are Google Algorithms?

Google algorithms are a complex set of formulae that have been developed for the specific purpose of delivering the best possible results to an online search query.

Initially, these were pretty simple, but as the import of search engine rankings grew, so did the complexity of the algorithms.

Google relies on a multifaceted combination of user signals and equations to find and deliver what they determine is the best answer to a query.

There is a distinct push and pull between businesses which are trying to game the system and authentic creators of good quality, authoritative content. This results in thousands of algorithm changes every year.

What Is a Broad Core Update?

A broad core update from Google is a far-reaching and progressive change to their algorithm which serves to better serve their users. It does not focus on a specific niche or industry but will impact all websites across the board.

It’s safe to say that the resultant rankings from a broad core update are indicative of the relevance of your content. If you’ve dropped down in the search results, then it is a clear indicator that your content is not as relevant as it could be, or as it was.

What Is the Latest Google Algorithm?

Google announced that their third core update this year would start rolling out on the 3rd December 2020 and would likely take a couple of weeks to complete fully.

Industry experts are still watching and waiting to analyse why some sites have been knocked down dozens of places and others have rocketed. As of right now, we’re still in speculation mode.

Moz has delivered some stats which make for interesting reading on the winners and losers, but don’t necessarily answer the question of what Google has changed.

Here’s what we do know.

Google has indicated that it will be making use of Core Web Vitals as a ranking factor.

“In short, Core Web Vitals are a subset of factors that will be part of Google’s “page experience” score (basically, Google’s way of sizing up your page’s overall UX).”

There’s no getting away from authoritative, well-written content. If you’re answering a popular query with the most up-to-date sources using meaningful metrics and relevant information, then you’re going to be okay.

Why Does Google Change Their Algorithm?

Continuous algorithm development and increased accuracy allows the cream to rise to the top.

As mentioned at the outset, Google is in the business of delivering the right information to search queries which will prove both accurate and valuable.

Those businesses that are working hard to deliver consistently great content will see the fruits of their labour during these times as their rankings climb. Those who don’t heed the information available from Google and other industry experts on the value of good SEO may see the bottom fall out of their cyberworld.

As technology surges forward, updates are necessary. Just think of the changes required since the advent of the smartphone!

What Are the Top Google Algorithm Updates?

Google is a constantly shifting beast with some of the best brains doing all the hard work for us. Some of Google’s (thousands of) changes go largely unnoticed. However, we’re interested in the most impactful updates and what they’ve taught us.

The main thrust of this update has caused some debate, with SEO experts on one hand weighting expertise, authority, and trust as major influences, while others cite brand factors and user data as elements to watch.

Search metrics quotes Niels Dahnke, Head of SEO at Sexeedo saying, “Anyone who has tried to bring everything about a topic onto one page and thus does not have a clear focus, obviously sends such unclear signals to the algorithm that these kinds pages have lost rankings in this update. So, it doesn’t help if you put SEO text at the bottom of a product page to answer the most important questions.”

A clear focus on what your page is about, who it’s talking to, and what value you are adding is critical. Also, websites need to maintain excellent security and continue to gather authority and trust signals.

On 13th January 2020, Google announced its first broad core update of the year.

Don’t rely on one single element of your site to gain or keep good rankings in the SERPs. Ensure that your content is regularly updated and relevant to today’s users.

On the 22nd October 2019, Bert was rolled out. This consisted of natural language processing technology which differentiated between thin, poorly written content, and rich, helpful, and meaningful copy.

Rankbrain is a part of the Hummingbird update and came a-knocking on 26th October 2015.

The understanding of the purpose of Rankbrain was to promote good user-experience, good quality content, and copy which answers specific questions. There is also the belief that Google tied a user’s search query in with their past searches as well as context and implied intent.

Blackhat SEO and sites with poor content experienced a serious nosedive when Hummingbird was rolled out on 22nd August 2013.

Google’s focus was slowly shifting to search intent which meant that a page could rank well for a query even though it may not even contain the keyword in the copy.

We’ve highlighted some of the more noteworthy of Google’s updates, but there have been others which have focused on factors such as:

Google algorithm updates need not rattle us if we’re following the rules. Trying to take shortcuts and getting involved in some dodgy SEO tactics may work in the short-term, but things may very well go south when Google cottons onto what you’re doing.

How Can We Benefit in the Next Algorithm Updates?

It’s pretty obvious by now that the days of set-and-forget content are over. Today we want to make the absolute best use of the content that we have and ensure its relevance to our customers where they are now.

How can we do that?

The digital realm is nothing if not fickle, and to stay relevant we need to carefully watch the swing of online trends. Google trends is a simple and effective tool to maintain a high-level view of our product or service.

Why not ask your content team to check on the general trends in your niche every quarter and note the blips either up or down? This will give you a head’s up on which content needs to be updated or expanded upon.

Google core updates aren’t always terribly transparent, so we need to work with what we’ve got.

A good idea is to take careful note of how your main keywords were ranking in the weeks before and after the core update. Make note of these and compare them to your competitors who may have risen above you in the SERPs, and then run through the key differences.

This should give you an idea of Google’s direction to better prepare for the next shake-up.

How Will the December 2020 Core Update Affect Your Website’s Rankings?

When we take a look at everything that’s involved and expected in ranking well in the SERPs, you can see that there is no definitive answer to this question. It will almost certainly depend on how much attention you’ve been paying to the (often vague) information that Google has offered over the years.